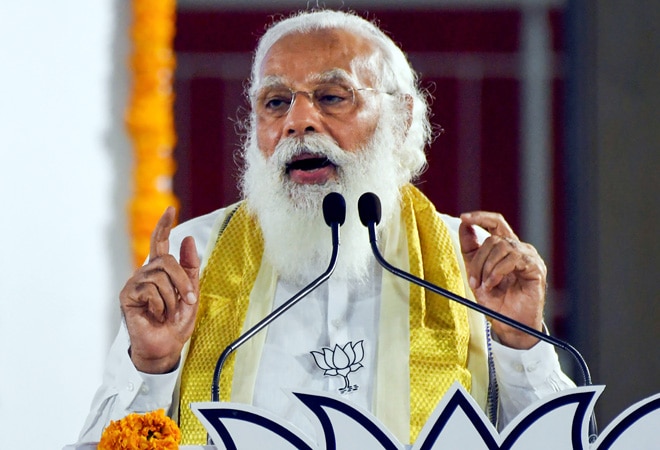 Prime Minister Narendra Modi paused his speech midway during a rally in Assam's Tamulpur to help a dehydrated BJP worker who fainted. The PM directed the PMO medical team's focus towards the worker and asked them to help him.

The rally at Tamulpur was organised on Saturday ahead of the final phase of assembly polls in the state.

#WATCH: During a rally in Assam's Tamalpur, PM Narendra Modi asked his medical team to help a party worker who faced issues due to dehydration.#AssamAssemblyPollspic.twitter.com/3Q70GPrtWs

The Prime Minister is accompanied by a four-member team of medical experts during travels, as part of the protocols. A personal physician, a paramedic, a surgeon and a critical care specialist are part of the team. They are equipped with a wide range of medical equipment for any manner of emergency.

PM Modi during his speech at Tamulpur said that BJP works for everyone while some parties try to divide the country for vote banks. He said that the parties that work for everyone are alleged to be communal while the ones who work for vote bank are termed secular. "Games of secularism, communalism have caused great damage to country," he emphasised.

The Prime Minister told the public that the BJP government is working to fully implement the Assam Accord. PM Modi said that Assam has decided to vote for the NDA government. "The 'Mahajhooth' of 'Mahajot' (grand alliance) has been disclosed. On the basis of my political experience, and audience love, I can say that people have decided to form NDA govt in Assam. They can't bear those who insult Assam's identity and propagate violence," he said.